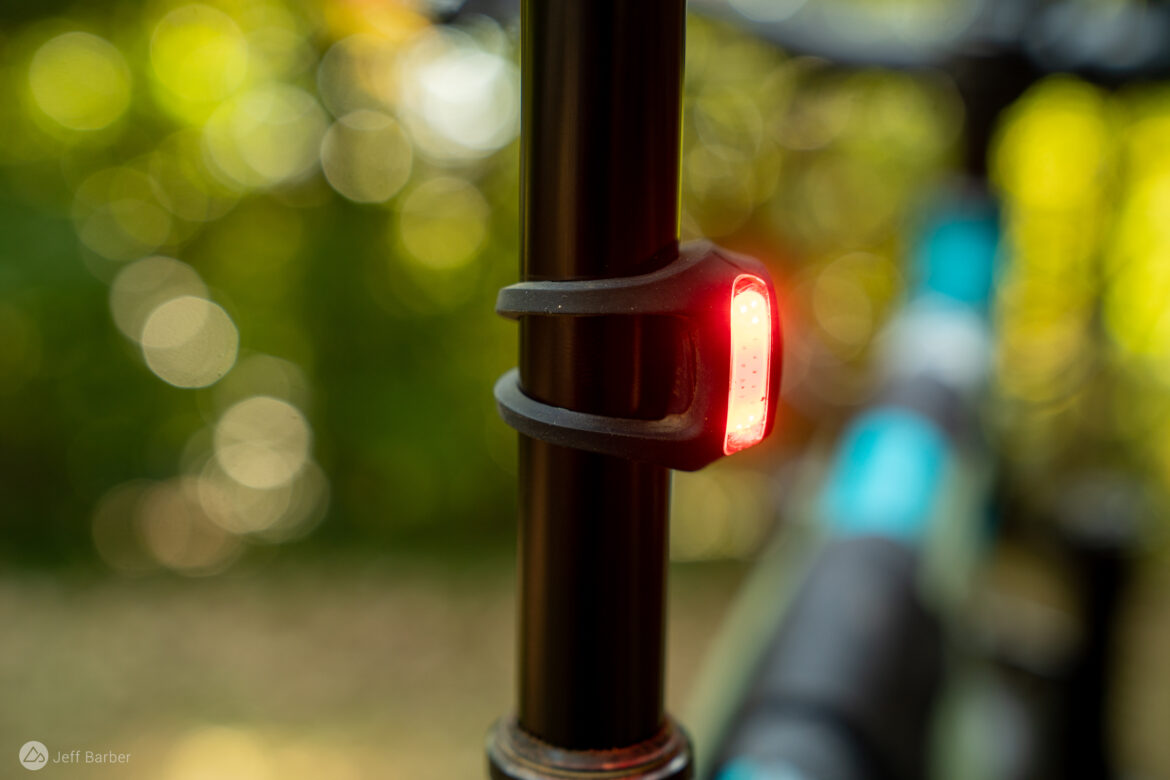 I’ve been waiting since June to share my stoke for this news: Knog has updated the Frog bike light, and the latest version is rechargeable! The iconic and insanely practical mini lights have new LEDs and electronics inside too, making this a major update that’s been long overdue.

Before going into what’s new, I want to share a few bullet points from a forum thread rant about blinky bike lights that I started back in February, before I knew the Knog Frog was getting an update:

I’ve never lost a Knog Frog on the trail thanks to its integrated silicon band, and my only real issue was it used a throw away watch battery — the type of battery I never have on hand around the house when I need one.

So the Knog Frog is rechargeable now and it even uses a symmetrical USB-C connector for the charging port, hallelujah. I’ve been using the rear, red light (Knog also makes a brighter, white light for the front), and it weighs 19.4g on my scale.

Knog says the Frog rear light pumps out 20 lumens which might not sound like much, but it’s super bright, so much so that it hurts your eyes to look directly at the light. In fact the brightest settings are actually too bright for trail riding — they blind the rider behind you — so it’s best to use the solid, dim setting on the trail.

The light features nine modes that range from bright to dim, and from solid to pulsing. Knog uses a curved lens and LED board which shines out and to the sides for increased visibility.

Reading through the user guide I was surprised to learn there are even more features that my pre-production sample doesn’t include. For example, there’s a red LED that shines through the body of the light when the battery is getting low, and the front light array serves as a charge indicator when the light is plugged in, or when you tap the power button while the light is turned off.

Over the summer I found I could get two or three long night rides in between charges. Of course battery life depends on which light mode you’re using, and Knog says the Frog should get about three hours on high, and 10 or more hours in a couple of the pulsing modes. There’s even an eco mode that promises 60 hours of battery life.

So yeah, this is a pretty badass blinky light, and easily the best one on the market right now (believe me, I’ve checked). Get one of these now and you’ll have it forever.

Pros and cons of the Knog Frog rear bike light.

Jeff Barber
Jeff co-founded Singletracks.com with his wife Leah (mudhunny) in 1999. Today he works out of Singletracks World HQ in Decatur, GA as the Editor in Chief.