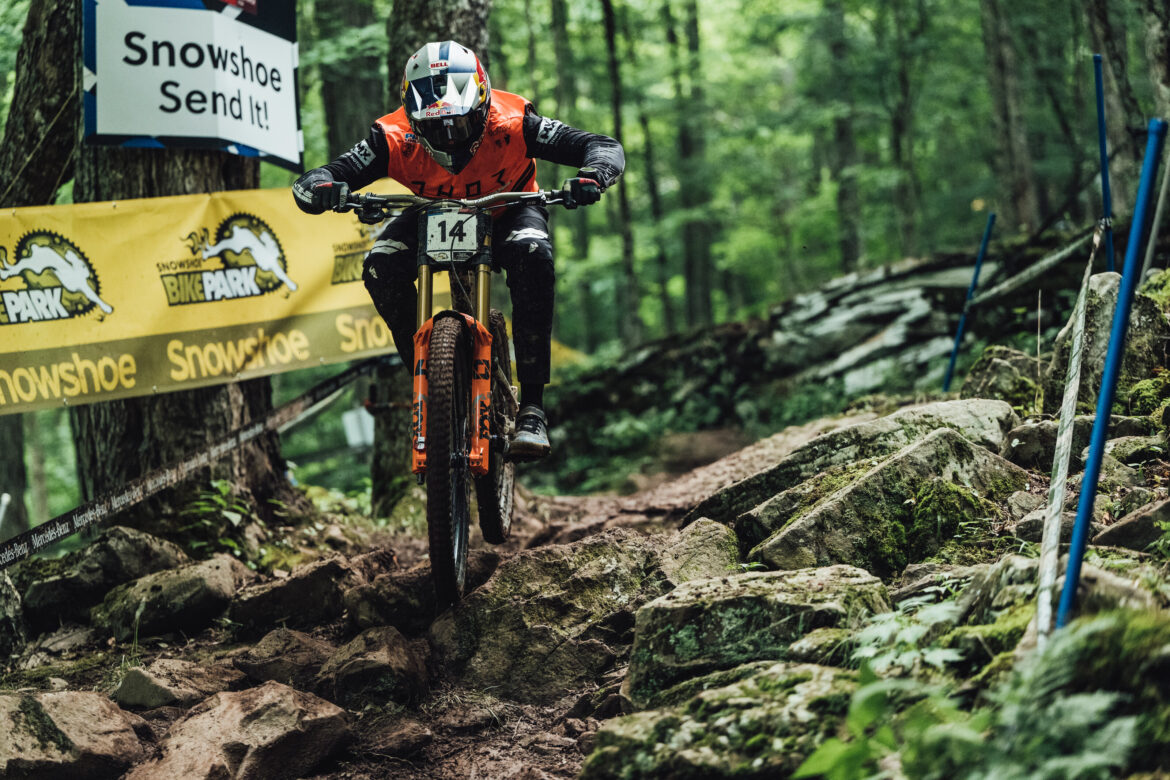 The UCI is putting the “World” in World Cup. For the third year in a row, the World Cup will return to the US and to Snowshoe, West Virginia for downhill, short track XC, and Olympic XC events on Sept. 28 through October 1.

The UCI also grouped the Enduro World Series’ (EWS) schedule for the first time with their long-awaited release of the 2023 schedule, so EWS events can be found alongside UCI-sanctioned cross-country and downhill events. The final portion of the calendar reflects all North American events, starting with the EWS in Whistler, Canada, followed by a World Cup round in Snowshoe, WV and another in Mont-Sainte-Anne, Canada.

“The Union Cycliste Internationale (UCI) and Warner Bros. Discovery (WBD) have unveiled the new calendar for the 2023 UCI Mountain Bike World Cup and Enduro World Series, said the UCI in a news statement. “The plan unifies all major mountain bike formats under one combined calendar for the first time and will take riders to ten countries across three continents.” The changes “will reflect the growth of the sport” and help the sport “reach new audiences.”

The weight of the World Cup — and EWS — schedule still sits in Europe though in mainstay locations like the Czech Republic, Val di Sole, Andorra, and Finale Ligure. The third continent referenced is Australia with two back-to-back EWS events for the season opener.

The calendar shows that the EWS will share venues with downhill and XC in two locations next year: Leogang, Austria in June and a TBD location in France with a wide date range of September 7-17. There’s a running joke that EWS events are just downhill races on trail bikes, but maybe there’s a chance that enduro athletes will share a portion of a course with downhill athletes.

2023 marks a slew of changes for UCI mountain bike events, the largest being the end of a seven-year partnership with Red Bull which has broadcast the World Cup events for free on Red Bull TV. Long-time announcer and former World Cup athlete Rob Warner won’t be announcing at downhill races either.

Starting in 2023 the UCI will partner with Warner Bros. Discover, and though it subheads a section of the release with “a new vision for mountain bike” it’s still unclear how viewers will be able to watch events next year.

The UCI said they “will seek to utilise WBD’s global scale and media platforms” and is collaborating currently with ESO Sports (which owns/oversees the EWS) to deliver media production, broadcasting, and commercialization of the UCI MTB World Cup.

EWS and ESO leader Chris Ball said in a release in June, “For the first time, all mountain bike formats will have a central point of leadership that can amplify the sport 365 days a year, champion the athletes, support the growth of the teams and elevate the sport around the world.”